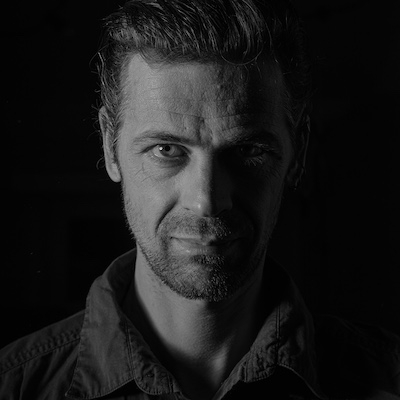 A vivid interest in graphic art at a young age later led to a desire to create own artworks. Photography was portable, fast and fun and also aided in preserving memories by documenting key moments and projects so it became the tool of choice for creating visual art. I learned the craft with film cameras in the early 2000's by burning through film rolls and reading all available literature and photo books to hone my camera skills and learn about new techniques. Looking for innovative ways to create new compositions, a distinct double exposure technique became the technique of choice to create unique new art. By blending the light and shadow parts of an image with a rotated copy of itself in the camera and thus often amplifying the visual impact of it, I create abstract and sometimes even surreal versions of familiar surroundings and landscapes at the times of exposure.

Subscribe here for the occasional newsletter or to receive special offers on prints.